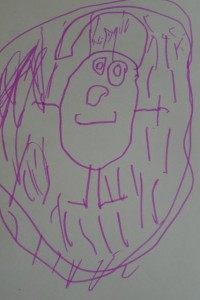 Welcome and Happy New Year! “We had a great 2016. 2017 will prove to be even better” as an anonymous letter writer assures me … although he/she/it also assures me that the European Union is doomed and that I should respect the democratic will of the British people. What better way to start the year than with a few friendly words?
END_OF_DOCUMENT_TOKEN_TO_BE_REPLACED

Local conferences, such as TREC in North America, CLEF in Europe, and NTCIR in Asia, play a leading role in promoting information retrieval research by supporting novel campaigns and releasing datasets to share the latest research challenges. To gain access to these datasets, participants are requested to communicate their work in the form of working notes. Despite the overall success of these conferences, the main drawback is that these working notes are not peer-reviewed. This may pose problems, especially for researchers who cannot easily afford or justify travel expenses to attend such conferences. To overcome the problem of distance, we organised an experimental satellite session that allowed participants of the Asia-based evaluation campaign NTCIR to present their work either in Europe or in Asia. Given participants’ feedback, we see this as an attractive method to foster research and innovation beyond continental borders.

END_OF_DOCUMENT_TOKEN_TO_BE_REPLACED

Unless you’ve been on another planet for the last year or so, you‘ll almost certainly have noticed that chatbots (and conversational agents in general) became quite popular during the course of 2016. It seems that every day a new start up or bot framework was launched, no doubt fuelled at least in part by a growth in the application of data science to language data, combined with a growing awareness in machine learning and AI techniques more generally. So it’s not surprising that we now see on a daily basis all manner of commentary on various aspects of chatbots, from marketing to design, development, commercialisation, etc.

But one topic that doesn’t seem to have received quite as much attention is that of evaluation. It seems that in our collective haste to join the chatbot party, we risk overlooking a key question: how do we know when the efforts we have invested in design and development have actually succeeded? What kind of metrics should be applied, and what constitutes success for a chatbot anyway?

END_OF_DOCUMENT_TOKEN_TO_BE_REPLACED 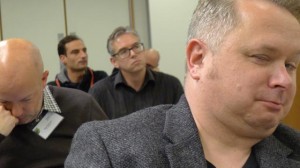 This past November 30th 2016, the British Computer Society hosted the Search Solutions forum at its London Offices.

It was divided into 5 sessions with the following themes: 1. Understanding users and context, 2. Moving towards question-answering, 3. Beyond web search, 4. New modes of search, and 5. Panel session. Particularly interesting, was the panel session, in which attendees and participants alike had a discussion on the possible reasons talent in Information Retrieval (IR) was so hard to find and not matching the industry’s demand. This article will attempt to summarize each of the 4 sessions preceding the panel; using issues and solutions that arose during the panel as a framework to structure the summary. First, I will attempt to summarise and list the panel’s main talking points. Afterwards I will map the talks given at the forum to these points, and will conclude with a personal take on these issues.
The panel session’s discussion was taken over by the unmet IR talent demand in the industry, observed (by some if not all of the attendees). This problem was also described as a lack of interest in IR areas by working technology professionals and students. After describing the problem this way, the discussion yielded the following possible causes:

END_OF_DOCUMENT_TOKEN_TO_BE_REPLACED

This year’s ECIR conference will include an Industry Day, following very successful events at ECIR in recent years. The Industry Day will be held on Thursday 13th April 2017, immediately after the regular conference program.

The Industry Day’s objectives are three-fold. The first objective is to present the state of the art in search and search-related areas, delivered as keynote talks by influential technical leaders from the search industry. The second objective of the Industry Day is the presentation of interesting, novel and innovative ideas related to information retrieval. Finally, a highly-interactive panel session will conclude the day, topic to be announced.

Speakers confirmed so far include:

END_OF_DOCUMENT_TOKEN_TO_BE_REPLACED

By Stephane Goldstein on February 2, 2017

What do information retrieval (IR) and information literacy (IL) have in common? At a fundamental level, they are both concerned with enabling users to locate and retrieve information, and thereby to meet their information needs; and the deployment of IL is partly dependent on IR systems. To a large extent, there is therefore a common purpose, but both concepts approach this from rather different perspectives. Given current and growing concerns about ‘post-truth’ and the tension between information and misinformation, it is perhaps timely to reflect on how approaches to IR and IL can feed off each other.

END_OF_DOCUMENT_TOKEN_TO_BE_REPLACED

Search Solutions 2017. The annual practioner focused event for the IRSG held at the BCS offices in Covent Garden, together with a tutorial day on 28 November 2017, with the main event on 29th November 2017.