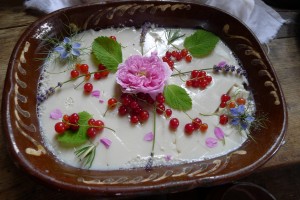 Are we late for the summer edition? We don’t think so, as the summer is still in full swing. It’s difficult even to recall what a non-summer day looks like. Rain? Snow? Never seen … Welcome back to Informer! Let’s be purely factual this time to get you straight to the content. Take-home message number one: we introduce a brand-new set of awards.
END_OF_DOCUMENT_TOKEN_TO_BE_REPLACED

As you may know, for many years the IRSG has awarded prizes to its members in various forms, e.g. the Karen Sparck Jones award, best paper at ECIR, etc. These awards help create a sense of community and provide recognition to individual members for their work.

However, the current awards programme is aimed almost exclusively at researchers, with little recognition given to practitioner contributions. This is despite the fact that the BCS as a whole is primarily a professional organisation and the majority of IRSG members are practitioners. The IRSG Search Industry Awards aim to address this disparity.

END_OF_DOCUMENT_TOKEN_TO_BE_REPLACED

Back in Pisa after 30 years

The International ACM Conference on Research and Development in Information Retrieval (SIGIR) returned to Pisa after 30 years for its 39th meeting. The conference was hosted in the Palazzo dei Congressi, a fantastic conference space just east of the centre of Pisa, alongside the river Arno.  Organised by General Chairs Raffaele Perego and Fabrizio Sebastiani, the conference ran from the 17th – 21st July, providing delegates with excellent weather for some sightseeing and to experience the Italian lifestyle.

END_OF_DOCUMENT_TOKEN_TO_BE_REPLACED

The 3rd Gamification in Information Retrieval (GamifIR 2016) Workshop, hosted at SIGIR 2016, started off with a highly insightful and timely keynote by Sebastian Deterding. Sebastian is a senior research fellow at the Digital Creativity Labs at the University of York, a founder and principal designer of the design agency coding conduct, a founder of the Gamification Research Network, and co-editor of “The Gameful World” (MIT Press, 2015).

END_OF_DOCUMENT_TOKEN_TO_BE_REPLACED

A while ago I published a post describing our InnovateUK-funded research project investigating professional search strategies in the workplace. As you may recall, we surveyed a number of professions, and the one we analyzed first was (cue drum roll)… recruitment professionals.

It’s a profession that information retrieval researchers haven’t traditionally given much thought to (myself included), but it turns out that they routinely create and execute some of the most complex search queries of any profession, and deal with challenges that most IR researchers would recognize as wholly within their compass, e.g. query expansion, optimization, and results evaluation.

What follows is the second in a series of posts summarizing those results. In part 1, we focused on the research methodology and background to the study. Here, we focus on the search tasks that they perform, how they construct the search queries and the resources they use.

As usual, comments and feedback are welcome – particularly so from the recruitment community who are best placed to provide the insight needed to interpret and contextualize these findings.

END_OF_DOCUMENT_TOKEN_TO_BE_REPLACED

Daniel Schall’s book presents a series of experiments in the scope of social network-based recommender systems. Our daily life increasingly involves interacting with digital social networks such as Facebook, Twitter, LinkedIn, and GitHub. Their complexity impedes deciding whom to add as a friend, expert, coworker, or collaborator. The book suggests novel methods which narrow down the choices in form of a ranked list. The author emphasises two main aspects. First, he focuses on social networks in form of directed graphs. This applies to Twitter, GitHub, and GooglePlus among others. Second, the author considers how authority affects communities. Thereby, he devises a novel method by combining the Hyperlink Induced Topic Search (HITS) and the PageRank algorithm. The method enables him to estimate how much of an authority entities represent.

END_OF_DOCUMENT_TOKEN_TO_BE_REPLACED

Search Solutions 2016. The annual practioner focused event for the IRSG held at the BCS offices in Covent Garden, together with a tutorial day. 29-30 November 2016. http://irsg.bcs.org/SearchSolutions/2016/sse2016.php