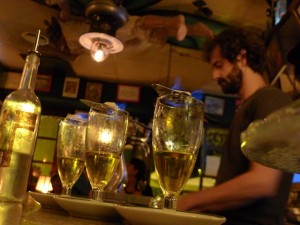 Welcome back! What a busy period this has been since our winter issue had come out, and what a lot of activities. Most of the editorial team has just returned from an excellent ECIR 2012 in Barcelona and you can read more about the conference in this issue (a small challenge: spot the editors in the photos in this issue of Informer). Just a quick subjective two-word summary of the conference’s main theme: social networks.

END_OF_DOCUMENT_TOKEN_TO_BE_REPLACED 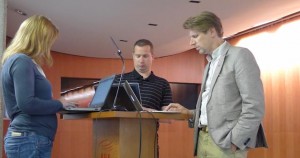 END_OF_DOCUMENT_TOKEN_TO_BE_REPLACED

Financial services company The Vanguard Group had just purchased a shiny new search engine to improve search for their 12,000 employees. There was only one problem: the search results were worse than what they had before.

John Ferrara, an information architect who had helped select the new search platform, blew the whistle, asking the project to be delayed so that relevancy could be improved before the search engine went live. Unfortunately, he failed to make a convincing case to his IT colleagues.Technically, the new platform was running just fine. Besides, the search vendor undoubtedly new more about this kind of stuff than the internal guys.

END_OF_DOCUMENT_TOKEN_TO_BE_REPLACED 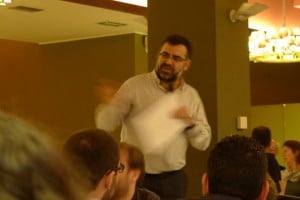 END_OF_DOCUMENT_TOKEN_TO_BE_REPLACED

Periodically we will be sending out a Call for Reviews in which we seek reviewers for a number of recently published books that may be of interest to the IR community. Instead of including book reviews in this issue of Informer, we would like to issue a call for interested parties to review one of the books listed below. Books will be allocated for review on a first-come-first-served basis and you would have about one month to carry out the review. If you are interested in reviewing one of these books, please let Cathal know (cgurrin@computing.dcu.ie) which book you are interested in reviewing and we will arrange for a copy (paper or online format) to be sent to you along with review guidelines. For examples of previous book reviews, see the most recent issues of Informer. The currently available books (courtesy of our good friends at Springer) are:

END_OF_DOCUMENT_TOKEN_TO_BE_REPLACED

We live in a post-desktop era. In the UK alone, 45% of Internet users used a mobile phone to connect to the Internet in 2011 [7], and Morgan Stanley predicts that by 2014 there will be more mobile Internet users than desktop Internet users globally [6]. Not only are more people connecting with mobile devices, but they’re also consuming more and more data. Mobile data usage more than doubled every year between 2008 and 2011, and is predicted to grow from 0.6 exabytes per month in 2011 to 6.3 EB/month in 2015 [3]. The numbers are impressive, but all it really takes is a quick glance at the people around us to recognize that mobile Internet is pervasive.

Yet the practice of designing search experiences for mobile users is still in its infancy. The challenge is much more sophisticated than simply reworking existing user interfaces to fit on the smaller screens of mobile devices, which would be to ignore the vast situational differences between desktop and mobile search. Mobile search user interfaces must be based on an understanding of the contextual factors specific to the mobile user.

END_OF_DOCUMENT_TOKEN_TO_BE_REPLACED

In our last post we looked at some of the fundamental issues in designing faceted search such as layout (e.g. where to place the faceted navigation menus) and state (e.g. whether they should be open or closed by default). In this post, we continue the mini-series with a review of the various formats for displaying facets and the key principles for choosing between them.