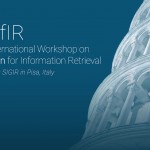 A few months ago I published a post describing our InnovateUK research project investigating professional search strategies in the workplace. I’m pleased to say that the project has now completed, and we are currently analyzing the results. As you may recall, we surveyed a number of professions, and the one we examined first is (cue […]

A large amount of information is provided in text documents but difficult to access for computer programs. In order to detect complex information it is often important to understand the relationships between words and entities in sentences. A relation can express for instance that a disease has a particular finding or a that a drug […]

Over the last few months I’ve been looking in detail at the process of search strategy formulation, i.e. the various ways in which professionals go about solving the problem of resolving complex information needs. Some professions (e.g. recruitment professionals) employ complex search queries to address sourcing needs, generating queries such as this:

The Cochrane Information Retrieval Methods Group (IRMG) was formed in 2004.  Its remit is to provide advice to Cochrane on information retrieval policy and practice, to provide training and support, to conduct empirical research (including systematic reviews) into information retrieval methods, to help monitor the quality of searching techniques employed in systematic reviews and to serve […]

In recent years, Search Personalisation has been attracting more and more attention in both academia and industry. Different from classical search methods in which the personalisation is not taken into account, personalised search engines utilise personal data of each user to tailor search results to the specific user, which depend not only on the input […] 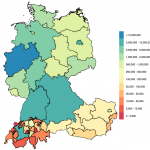 By Tony Russell-Rose on 3rd November 2014

In a previous post I discussed some initial investigations into the use of unsupervised learning techniques (i.e. clustering) to identify usage patterns in web search logs. As you may recall, we had some initial success in finding interesting patterns of user behaviour in the AOL log, but when we tried to extend this and replicate […] 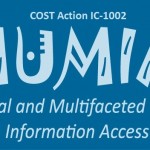