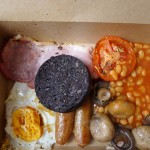 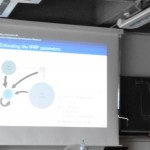 One Day Events Search Solutions 2016. The annual practioner focused event for the IRSG held at the BCS offices in Covent Garden, together with a tutorial day. 29-30 November 2016. http://irsg.bcs.org/SearchSolutions/2016/sse2016.php Conferences/Workshops ISS 2016: ACM Interactive Surfaces and Spaces. Of interest to members working in the area of alternative interfaces search. 6-9 November 2016, Niagara […]