Ingo is a senior lecturer in computer science at the University of Bedfordshire in Luton, UK. His research focuses on different aspects of information retrieval, in particular formal models for user-oriented search and digital libraries, with emphasis on polyrepresentation, annotation-based retrieval, interactive quantum-based IR and probabilistic and logic-based models. Ingo is actively sharing his passion for information retrieval and digital libraries on Twitter where he is known as @iFromm. 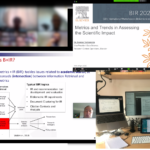 Searching for scientific data and literature is a long-lived user need as academic search defines a complex task for IR researchers. IR veterans like Salton were already trying to enhance the retrieval process by including clues inferred from bibliographic citations. The development of citation indexes pioneered by Garfield proved determinant for such a research endeavour […] 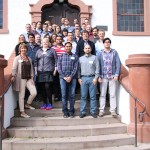