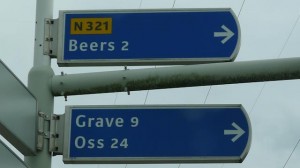 Welcome to the autumn edition of Informer! For those of you who don’t know, Informer is the newsroom of the Information Retrieval Specialist Group (IRSG) of the British Computer Society. We spare no effort in getting the hottest pieces of (IRSG) news, getting the best contributors and compiling  the most up-to-date list of IR-related events. What else would anybody want? Let’s jump straight in and see where ECIR 2016 is going to be hosted.

… or in fact, let’s start with the IRSG elections. We have introduced a few changes this year and perhaps the most significant change was to use electronic elections (whereas before we had them as part of the AGM but that always resulted in a fairly small number of members casting their vote). This time we have 8 candidates for 6 vacancies on the committee, and if you are both a member of the IRSG and the BCS, then you will be able to vote, lines are open until just before the AGM where the election results will be announced. The roles of chair, secretary, treasurer and membership secretary were not contested as there was exactly one candidate for each role, come to the AGM to find out who represents you over the next two years!

What else has happened? The committee discussed the bids that were received to host ECIR 2016 and the winner is Padua! We are looking forward to a great conference. Before that of course we will have ECIR 2015 in Vienna, and to get into the right mode we compiled something like a mini special issue on information retrieval in Austria. Roman Kern describes activities at the Know Centre in Graz which has a distinct focus on bringing academic research and industrial applications together. The Know Center also plays a central role in organising the annual iKnow conference. In another guest contribution, Markus Schedl talks about Music Information Retrieval at the University of Linz. For those that are not so much into reading, both articles come with plenty of nice screenshots and diagrams.

But that’s not all we have! Tony shares more of his infinite wisdom with us by  presenting the second part of his journey into mining search logs for usage patterns. He raises an interesting point by saying “As researchers, our instincts are to explore the unknown, to solve the unsolvable, and to favour novelty over repetition. But sometimes it befits us to focus on replication…” Well, on behalf of the organisers of ECIR 2015 I would say: point taken. The conference introduces a new track  of research papers, the Reproducible IR Research Track, let’s see how that goes and what papers it attracts, certainly a very interesting addition to the usual conference programme.

We also have a book review prepared by Song Chen for you. He discusses Graph-Based Clustering and Data Visualization Algorithms by Vathy-Fogarassy & Abonyi,  and if you would like to review a recently published Springer book, let us know as we might have it in stock for you!

Andy provides you, as usual, with a comprehensive list of IR events many of which with upcoming submission deadlines. The very first in his list is  Search Solutions 2014. Do come along, even if it’s just for the AGM!

Udo Kruschwitz is a Professor of Information Science at the University of Regensburg and a long-standing member of the IRSG committee (currently serving as Chair). His main interests are in information retrieval and natural language engineering. He enjoys being involved in organising events such as Search Solutions in London and ECIR Industry Day (e.g. at ECIR 2019 in Cologne) which aim at bringing together academia and industry.