The tutorial on Multimedia Information Retrieval at Search Solutions 2013 held at BCS’s headquarters in London was the last in a series of tutorials by Professor Stefan Rueger from the The Open University’s Knowledge Media Institute. 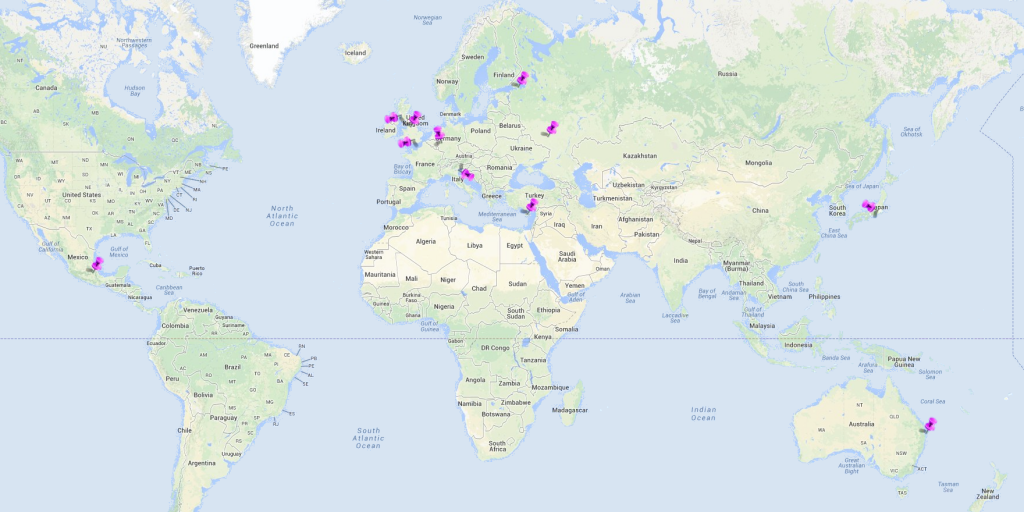 He started the series at the end of 2009 based on the first stages of his text book with the same title that was finally published in 2010. “I always wanted to write up a useful book on research basics and trends in multimedia search,” Stefan explained, “This is how the venture started.” Four years on, and his tutorial has been given at eleven occasions in eight countries, in three continents: ESSIR 2009, Padua, Italy; ACM/IEEE JCDL 2010, Brisbane, Australia; ECDL 2010, Glasgow, UK; RuSSIR 2010, Voronezh, Russia; AIAR 2010, Puebla, Mexico; RuSSIR/EDBT 2011, St Petersburg, Russia; ESSIR 2011, Koblenz, Germany; a lecture series spanning two months in 2012 at NII, Tokyo, Japan; IRFC 2013, Limassol, Cyprus; IEEE SMC 2013, Manchester, 2013; and BCS Search Solutions 2013, London, UK.

In general, these tutorials have been aimed at postgraduate and practitioner level to give an overview of the research area to a specialist audience. As such, participation numbers varied from a single-digit number to 145 at a single event.

At its very core, multimedia information retrieval is the process of searching for and finding multimedia documents. The corresponding research field is concerned with building the best possible multimedia search engines to support digital libraries and resource discovery missions. The intriguing bit here is that the query itself can be a multimedia excerpt: For example, a picture of a building could be used to obtain a database entry about this very building, effectively linking the real world to the electronic world. This tutorial series went further by examining the full matrix of a variety of query modes versus document types. The tutorials discussed the underlying techniques and common approaches to facilitate multimedia search engines: metadata driven retrieval; piggyback text retrieval where automated processes create text surrogates for multimedia; automated image annotation; and content-based retrieval. The latter was studied in great depth looking at features and distances, and how to effectively combine them for efficient retrieval. In that way, participants could develop an understanding of where multimedia search engines could take them, considering their possibilities and limitations. Recognising that resource discovery missions for multimedia material is not a technological indexing problem alone, the tutorials also looked at interactive ways of engaging with repositories through browsing and relevance feedback, roping in geographical context, and the intelligence of the user.

Summarising, the tutorials emphasised state-of-the-art research in the area of multimedia information retrieval, which gave an indication of the research and development trends and, thereby, a glimpse of the future world.

Udo Kruschwitz is a Professor of Information Science at the University of Regensburg and a long-standing member of the IRSG committee (currently serving as Chair). His main interests are in information retrieval and natural language engineering. He enjoys being involved in organising events such as Search Solutions in London and ECIR Industry Day (e.g. at ECIR 2019 in Cologne) which aim at bringing together academia and industry.