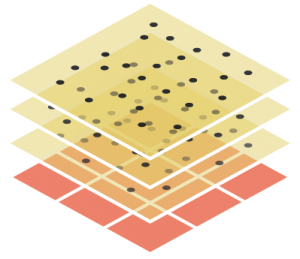 In Part 1 of this series, I argued that vestiges of the pre-Web, print era still haunt digital experiences. To create information environments that are truly coherent, we must view them not as books full of pages, but as spaces to navigate and explore—much like finding our way through a city or a museum. This is what I call information wayfinding.

In this article, I’ll scrutinize the nature of information environments by investigating their most fundamental elements. In doing so, my ambition is nothing less than to subtly reframe the way we think about interacting with information on Web sites, in mobile applications, and in other digital experiences.

Elements of the City

But before investigating information environments, let’s first look at a the physical environment. I mentioned in Part 1 that Kevin Lynch coined the term wayfinding in his 1960 book, The Image of the City. In that same book, Lynch also famously outlined the five elements of the city image:

Lynch treated these five elements as a basic vocabulary that we can use to describe existing city images, as well as to guide the planning of new urban development.

During his research, Lynch made two important observations that are particularly relevant to information environments. First, he did not consider the city’s physical form in isolation, but instead viewed the city through the eyes of its inhabitants. (In fact, the primary research method he used was a series of field studies with residents.) Second, Lynch discerned that there isn’t just one image of a city, but rather many sets of images that vary by scale—from the microscopic to the macroscopic.

“[The images of a city] were typically arranged in a series of levels, roughly by the scale of the area involved, so that the observer moved as necessary from an image at street level to levels of a neighbourhood, a city, or a metropolitan region.”—Kevin Lynch

While my thinking has focused primarily on digital information environments, we could also extend the concept to physical places—for example, libraries, bookstores, museums, and even zoos and other outdoor learning areas.

Let’s use a few examples of information environments to frame the discussion that follows:

Elements of the Information Environment

So far, I’ve emphasised the parallels between information environments and urban areas. This does not mean, however, that we should transfer Lynch’s five elements of the city image wholesale to information environments. Rather than naively replicate Lynch’s elements, we should instead apply the same approach he used to arrive at his elements in the first place—that is, conduct a thoughtful survey of the environment, and be attentive to the experiences of its inhabitants.

Following Lynch’s example, we must look beyond the bricks and mortar of the environment itself to understand how people, the wayfinders who visit the territory, interact with and conceptualize the environment. Most information environments consist of three principle elements: districts, layers, and nodes.

We inevitably subdivide any environment of substantial size—whether a city or a Web site—into smaller areas, or districts, as represented in Figure 2. London, for example, has districts such as Mayfair, Soho, and Southbank, while The New York Times—both in print and on the Web—has districts that include World News, Politics, and Technology. Small environments may contain just a few districts, but bustling environments often feature rich taxonomies of districts within districts. 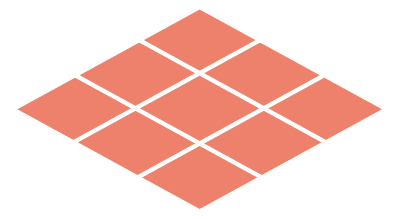 If the physical world were as easy to manipulate as the digital world, one could imagine wanting to sort the buildings in a city environment based on numerous of criteria. These criteria might range from the height of a city’s buildings—for example, skyscrapers on the west side and single-story buildings on the east side—to their color, arranged according to the spectrum of hues—or by their function—for example, offices in the north, restaurants in the east, houses in the south, and stores in the west. In reality, of course, it is geography that dictates the organizational scheme of a city. City districts are contiguous zones whose geographic boundaries remain stable over time. Because of their permanence, these districts serve as the primary means of conceptualizing a city environment.

While districts form the primary structure of an information environment, there are countless additional criteria that affect a person’s ability to find what he’s looking for. For example, someone trying to find a place to eat in London’s Soho district probably doesn’t want just any restaurant in that area. Instead, she might be looking for a restaurant in a certain price range that serves a certain type of cuisine. In other words, in addition to a geographic preference, she also has a price-range criterion and a cuisine criterion.

We can treat these secondary criteria as layers. While city districts bound an area along two dimensions—breadth and width—as Figure 3 shows, layers introduce a third dimension, depth.

Some digital maps allow users to select particular layers of information that they want to view—such as topography, roads, landmarks, and restaurants. Similarly, the layers of an information environment enable users to mold their view of the environment so it aligns with their criteria. Layers help users to filter out the noise and tune in to whatever signal resonates with their mental model.

Many information environments have already embraced layers, and I am convinced that many more will do so in the future. Amazon.com, for instance, provides layers such as Format, Author, and Language to augment its taxonomy of districts, or departments, while NYTimes.com offers—in some places, at least—layers for Date, Content Type, and Author.

Within a district, as Figure 4 shows, there are many nodes—or precise points in an information environment that we might refer to as a Web page, document, or record. There are two different types of nodes: informational and directional.

Figure 4—Nodes are precise points in an information environment, or what we typically refer to as Web pages

Informational nodes, as the term suggests, contain information about a specific topic. Viewing product details on Amazon.com, reading a New York Times news story, and reviewing your employer’s vacation policy on the corporate intranet are all examples of interacting with informational nodes.

Together, as shown in Figure 5, these three simple elements—districts, layers, and nodes—represent a subtle, but far-reaching shift in how we think about Web sites and mobile applications. Putting to rest the print metaphor and embracing interacting with information as a process of wayfinding, places us in a better frame of mind for creating the coherent user experiences that the future will most certainly demand. 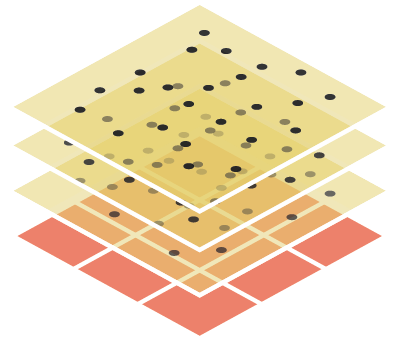 In particular, acknowledging the unique roles of districts and layers, while facilitating a healthy interaction between the two, has the potential to reshape how we architect information environments. Our goal should be to give users far greater control over their view of an information environment, while bridging the gap between searching and browsing. I will return to this particular topic in future articles.

In the next installment of this series, I hope to investigate behavior patterns within information environments. We’ll consider both the broad spectrum of users’ information needs, as well as the diverse ways in which users interact with the districts, layers, and nodes that they encounter.