Search often appears personal, introspective, and private; an activity of the individual in isolation. In fact, most researchers depict search as a single-user activity. Yet a 2008 survey found that over half of respondents self-reported having co-operated with other people to search the web, while an impressive 97.1% went on to indicate at least one form of collaborative search activity in which they had engaged (Morris, 2008). It’s safe to say that collaboration is pervasive.

Yet collaborative search is a broad term, encompassing explicit cooperation with others during information seeking, enlisting help from one’s social groups, and implicit collaboration with strangers. We must attain a holistic view of collaboration in order to design socially-aware search applications that support collaboration. I believe that holistic view can be found in a three-circle model: the inner circle, intermediate social circles, and the outer circle.

The inner circle forms the nucleus of collaboration: one or more active participants with a shared work task (Järvelin and Ingwersen, 2004)—that is, a shared personal or organizational goal. This shared goal is the underlying motivation for inner circle collaboration. Yet by working together, each participant is able to exert less effort than if he or she were approaching the task alone. Here are three examples of inner circles formed around a common goal: 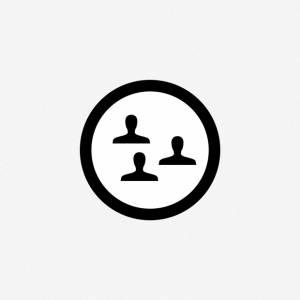 The inner circle: one or more active participants with a shared work task.

While the inner circle is characterized by a shared work task, the information needs of each participant need not be identical. Collaborators may adopt a divide-and-conqueror strategy where each participant is assigned a sub-task and must report their findings back to the group (Morris, 2008). For example, Angela Baer might decide to research flights herself, but ask her friends to investigate hotels and activities.

Alternatively, some inner circles may take a brute-force approach, with each participant doing their own, uncoordinated research and then comparing notes later (Morris, 2008). Simon Carter and his team of analysts, for example, might begin by individually familiarizing themselves with existing solar cell patents. Though this approach gives each participant free reign, it can easily lead to duplicated efforts.

Lastly, collaborators may choose a backseat driver method when physically gathered around a single display (Morris, 2008). For instance, Fane Tomescu might be controlling the mouse and keyboard while his wife reads the screen from over his shoulder, making suggestions of which cars to look at. This method can often cause frustration, however, since the collaborators must constantly compromise on the pace and direction of the search. 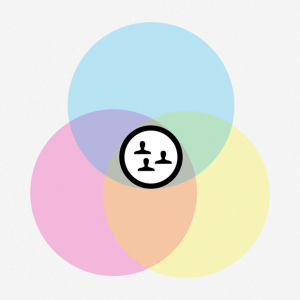 Morris et. al (2010) surveyed 624 users of social networking services to investigate why people use status update messages to pose questions to their social circles, as Angela Baer did in the example above. The respondents felt that, for matters of opinion, people were more reliable than search engines. What’s more, they identified trust as the greatest driver for posing questions to their social circles, with one respondent saying, “I trust my friends more than I trust strangers.”

The incentive for responding to such publicly posed questions is a bit more nuanced, however. Many of the survey respondents in Morris et. al (2010)  indicated altruism and expertise as two motivations for volunteering answers to questions. But other respondents were more honest and descriptive about their motives: the desire to maintain relationships with others, establish themselves as experts in certain areas, or to increase the likelihood of their own questions being answered in the future.

Motives aside, there are a number of benefits that occur when inner circle collaborators reach out to other individuals in their social circles. Cross and Sproull (2004), surveying 40 managers at a major accounting firm, identified five common outcomes: answers to questions, referrals to other information sources, reformulations of the problem, validation of plans, and legitimization (i.e. a “stamp of approval” from a respected person). Fane Tomescu’s brother, for instance, probably didn’t tell Fane exactly which car to buy (i.e. the “solution”), but he may have referred Fane to a reliable website or dealership.

Both the inner and intermediate circles reflect an explicit, intentional form of collaboration between individuals whom share some degree of social connectedness. The outer circle, on the other hand, is the realm of implicit, unintentional collaboration, predominantly amongst strangers. Here, search engines and recommendation systems use large quantities of user-generated data to drive personalization. For example: 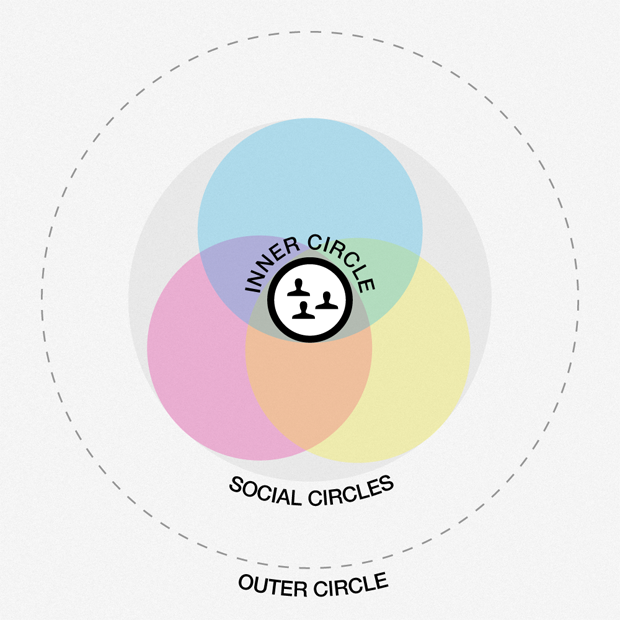 The outer circle of implicit collaboration

One form of implicit collaboration involves using clickthrough data—the number of times a given search result has been clicked—to influence the ranking of search results, as Fane Tomescu experienced above. The approach taken by Agichtein et. al (2006), for instance, is to infer that a click on the third result implies that results one and two must be less important than result three. Other behavioral cues such as query reformulations, bookmarks, and ratings can also be used to alter ranking.

Indeed, recommender systems also rely on behavioral cues. One technique they often employ is collaborative filtering (Goldberg et. al, 1992), which most often works by grouping together similar users based on the content they’ve viewed, purchased, or rated, and then providing a set of recommendations to all the users within that group. This approach could be used to power the “Travelers similar to you enjoyed these resorts” recommendations seen by Angela Baer, and is notably also used to power Netflix’s movie recommendations (Koren et. al, 2009).

User-based similarity, however, relies on having a critical mass of usage data for a given person; data that doesn’t yet exist for new users. A way around this “cold start” problem is to use item-to-item collaborative filtering instead (Linden et. al, 2003). Rather than profile users, this approach only concerns itself with finding similar items. When Simon Carter viewed a book about the physics of solar cells, for example, the online store recalled all the users who had purchased that title in the past, then queried other items those users had also purchased, and arrived at a list of recommendations (e.g. “Customers who bought this item also bought”). This approach has been pioneered by Amazon.com.

The View From Above

Having begun at the inner circle—the focal point of explicit collaboration—zoomed out to the intermediate social circles, and continued past the outer circle of implicit aggregation, we can now consider collaboration from a higher vantage point. In particular, we should compare the three-circle model with the dimensions of collaboration that have been enumerated by others, namely:

The three-circle model is certainly compatible with these dimensions: explicit vs. implicit differentiates the outer circle from those inside it; synchronous vs. asynchronous (whether collaboration occurs in near real-time or over long stretches) and co-located vs. remote impacts both inner circle collaboration as well as interaction with people in the surrounding social circles.

Finally, it’s worth considering two common permutations to the three-circle model that we haven’t yet been explored. First, the inner circle often contains only a single individual. In such cases, no one shares the user’s work task or information need, but explicit collaboration may still occur between the user and his or her social circles. A second permutation is when search engines take the techniques typically associated with outer circle collaboration (clickthrough data, collaborative filtering, item-to-item filtering, etc.), and apply them specifically to one’s social circles to provide personalized search results. Bing, for instance, integrates with Facebook while Google incorporates Google+ social data to influence results. Each of these occurrences alter the nature of collaboration, but are accommodated by the three-circle model.

My hope is that this simple but unified model of collaboration might bring clarity to a vital aspect of search, an aspect that has been neglected for far too long.

One response to “The Three Circles of Collaborative Search”